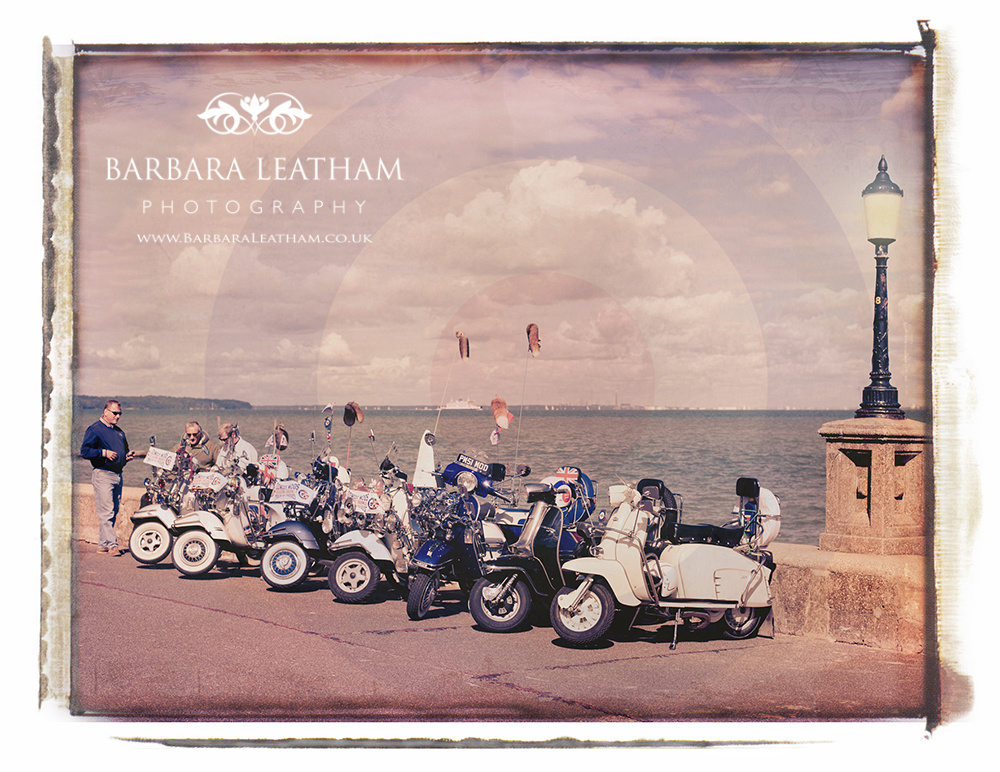 The lads from The Reading Comedy MODS Scooters at Ryde

What A Heavenly Surprise

After taking him to the start at 0730hrs I dashed back to the chalet and took the kids, and my mother-in-law, to Ryde for the morning. There has never been a day I was so grateful to have taken a camera with me. Little did I know, but there was a HUGE Scooter Rally that weekend. It was amazing. Vespa and Lambretta heaven, MODS all over the place. Every where I turned was a fabulous photo opportunity.

I stole a photo of a set of bikes that had taken up residence along the wall overlooking the sea front; then I went over to talk to the guys, my eyes lighting up when I saw they were from Reading (Berkshire) and not far from where I used to live - proof that the world is smaller every day.

My two kids were invited to sit on the bikes, and proud to say they opted to the one with the RAF Roundel flag on the back - being ex RAF I'd have had it no other way.

So here are the images from the morning; I can only wish it had been for longer than the hour I had. My sincere thanks to the gentlemen from The Reading Comedy MODS Scooters for letting my kids fall in love with their scooters and allowing me the opportunity to take the photos. 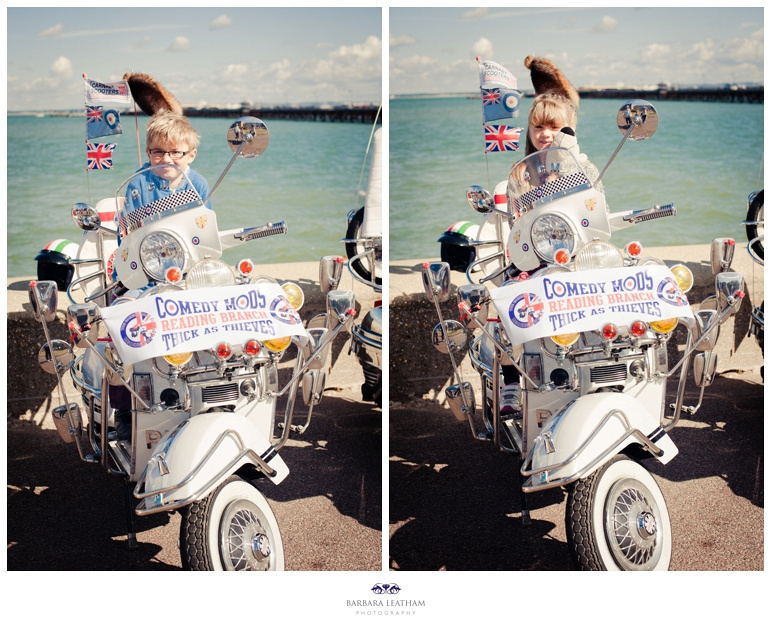 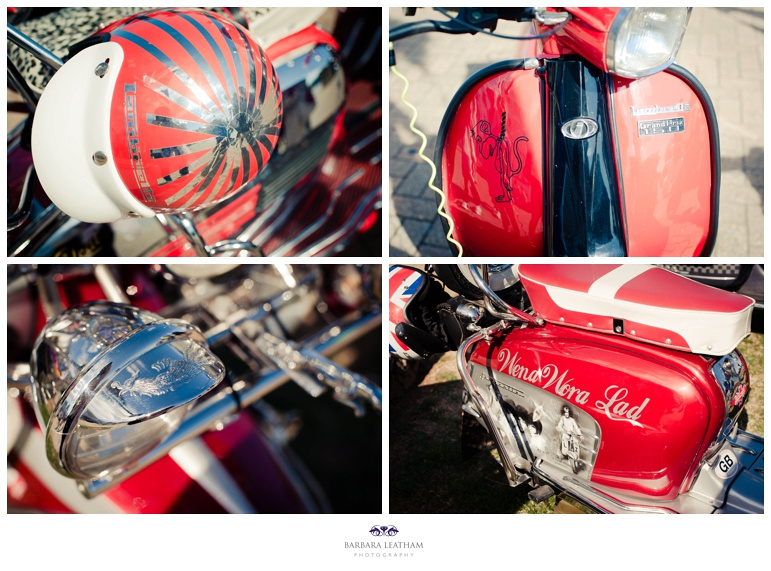 Scooter details at the Ryde Scooter Rally August 2014 by Barbara Leatham Photography (c) 2014Parked up on the high street, these scooters looking stunning in the sunshine. With a union flag helmet and an alternative roundel 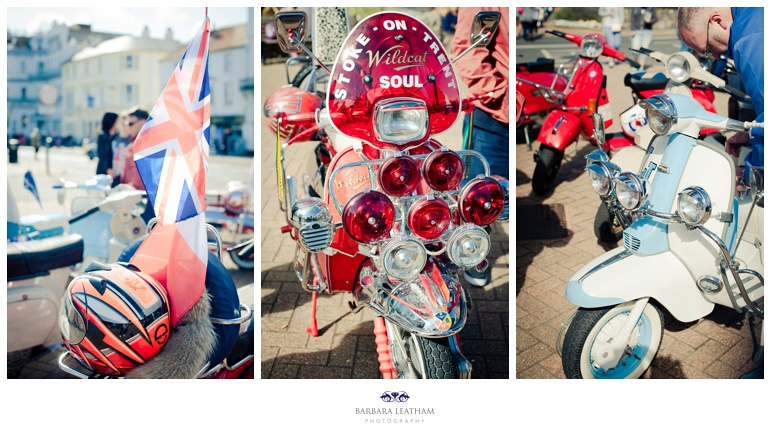 Scooter details at the Ryde Scooter Rally August 2014 by Barbara Leatham Photography (c) 2014This scooter is customised to the max. Serious paint work 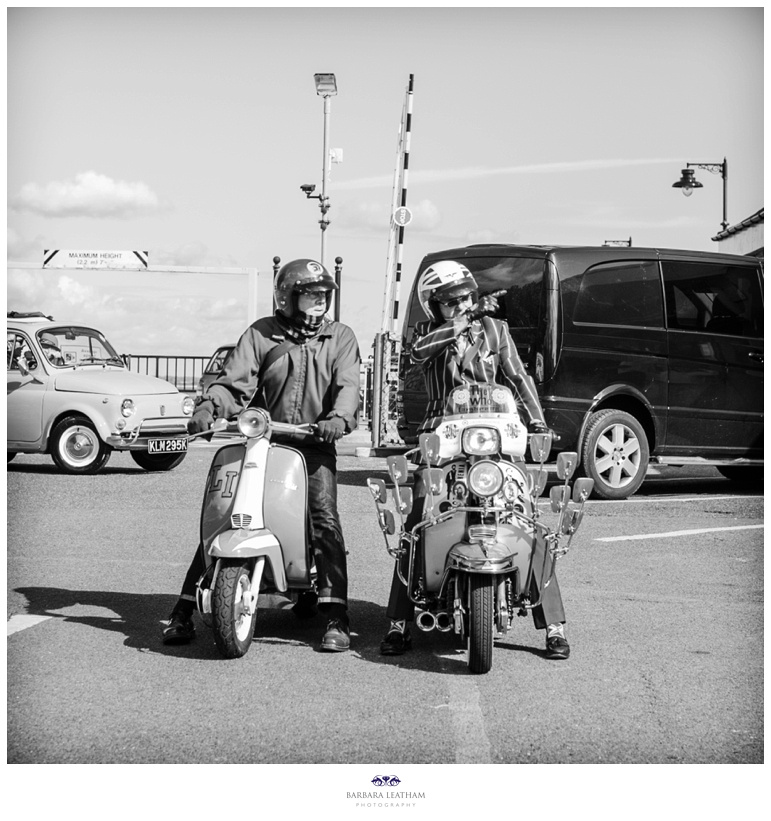 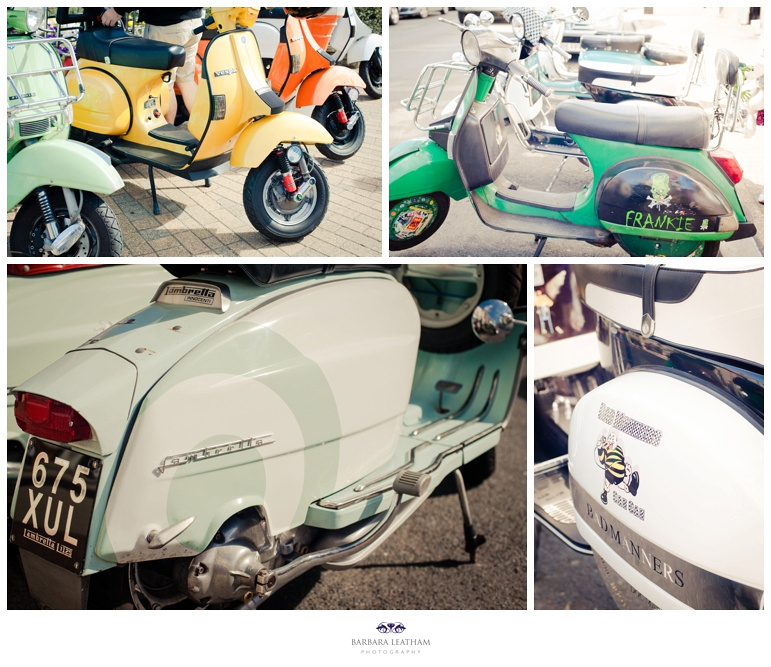 Scooter details at the Ryde Scooter Rally August 2014 by Barbara Leatham Photography (c) 2014I love these details, the pale green Roundel really caught my eye, but especially the Bad Manners cartoon Ska at it's best 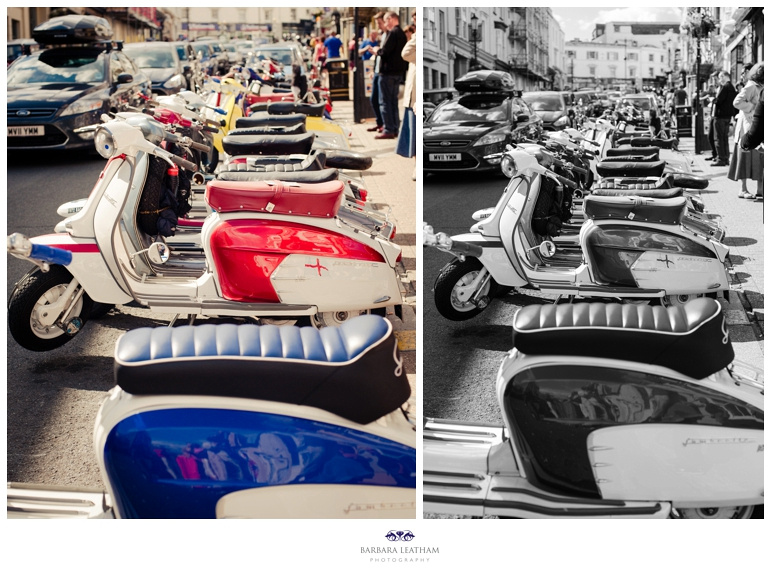 Scooter all lined up at the Ryde Scooter Rally August 2014 by Barbara Leatham Photography (c) 2014These scooters were just a fraction of those riding about the Island over the three days of the Rally. Amazing to see so many all together. 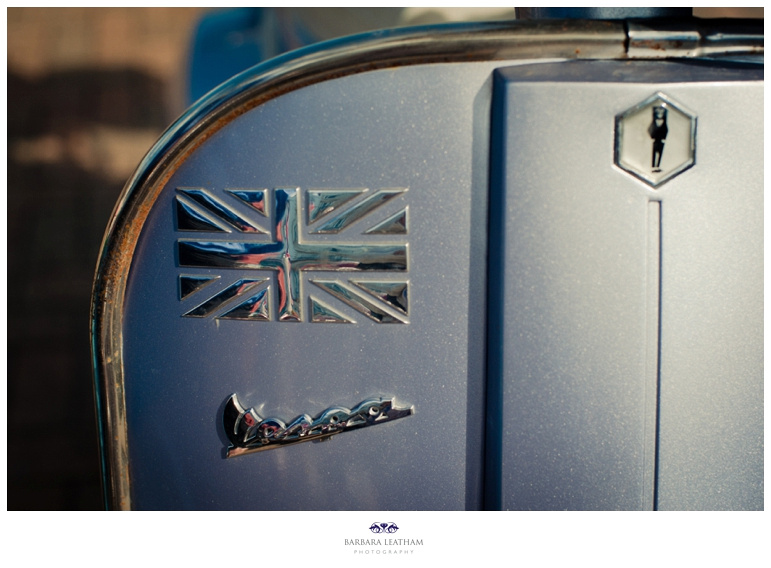 Scooter details at the Ryde Scooter Rally August 2014 by Barbara Leatham Photography (c) 2014This Vespa detail is possibly my favourite of the day, a simple chrome union flag on a silver scooter, quality

I hope I get to the Isle again in the future just to have the opportunity to capture more of these amazing scooters, as well as more of the people who actually own them. It's a real culture that's thriving all over the UK and other countries, but it really comes to life when you get all of these people together.

Kate Snow(non-registered)
Hi there I was wondering whether you would be able to help, it's my husbands best friends 40th birthday next week and he has a passion for scooters and the isle of white! We really would like to get a photo from one of the festivals, is this something you could help with??
No comments posted.
Loading...
Subscribe
RSS
Recent Posts
Murder, Margaret and Me. a must see for any Agatha fan The Power Of Photography Keeping Your Business Relevant Signs of Spring Great Odds Production Learning When To Say No Autumn Family Photography, My Gift To You Christmas In July Butterfly Wishes and Julia's House Celebrating World Gin Day
Keywords
wiltshire salisbury photography bespoke fun family commercial art portrait Berkshire
Archive
January February March April May June July August September October November December
2021 Barbara Leatham Photography – all rights reserved
User Agreement
Cancel
Continue